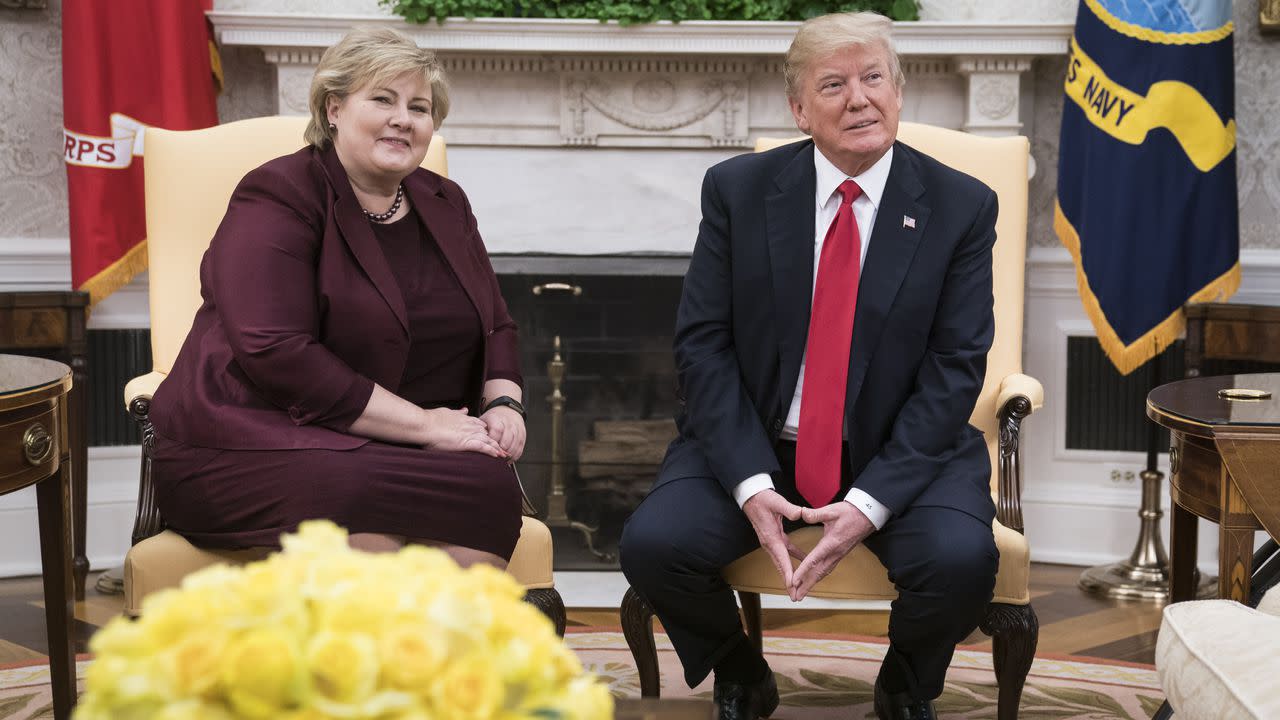 Norwegian Prime Minister Erna Solberg acknowledged Thursday the precedent-shattering Trump administration fueled a perception that agreements or guarantees made by one U.S. president now include a four-year expiration date.

Why it issues: “We aren’t naive,” Solberg stated in response to a query from Axios. The view is especially essential as local weather change opens the Arctic to exploration, exploitation and militarization by the Russians, they usually chafe at NATO protection workouts in Norway and elsewhere on their doorstep.

Get market information worthy of your time with Axios Markets. Subscribe without spending a dime.

What they’re saying: Solberg spoke to Axios about local weather change and different matters amid her involvement in a two-day local weather summit convened by Biden.

Solberg complained there was no management from the U.S. in multilateral organizations through the Trump period. But she praised the U.S.’s continued engagement in protection issues.

“They’re serving to us put up the barrier and turning into part of the deterrence, as a result of they’ve proven that any assault can be harder,” Solberg stated, noting the U.S.-Norway relationship proves the “NATO alliance is, the truth is, functioning.”